Welcome to the Blog Tour for Harvest Moon by Jenny Knipfer, hosted by JustRead Publicity Tours! 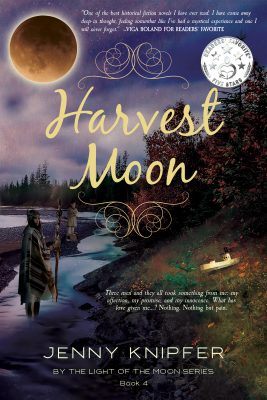 A tale of finding grace and blessing amongst life’s hardships

In the wilds of 19th century Ontario, Maang-ikwe, a young Ojibwe woman, falls into a forbidden love, breaks her father’s honor, and surrenders her trust to someone who betrays it. The abuse she suffers divides her from her tribe and causes her to give up what she holds most dear. Niin-mawin must come to grips with his culture being ripped away from him. Brought up in a “white man’s” school, he suffers through an enforced “civilized” education and separation from his family. When a man he respects reveals a secret about Niin-mawin’s past, he embarks on a search for the person he hopes can mend the part of his heart that’s always been missing. Both Maang-ikwe and Niin-mawin wonder how a harvest of pain and sorrow will impact their lives. Will they find the blessings amongst the hardships, or will they allow the results of division and abuse to taint their hearts forever? Fans of historical fiction, Native American fiction, Christian historical fiction, clean romance, and literary fiction will be moved by this deep, heartfelt novel.

MORE BOOKS IN THIS SERIES

I’d like to highlight one of my main characters in Harvest Moon, Maang-ikwe.

Maang-ikwe or Maang-ikwezens: in Ojibwe her name means Loon Woman or Loon Girl, as I start her story when she’s around seven.

Short Synopsis of her part in the book:

In the wilds of 19th century Ontario, Maang-ikwe, a young Ojibwe woman, falls into a forbidden love, breaks her father’s honor, and surrenders her trust to someone who betrays it. The abuse she suffers divides her from her tribe and causes her to give up what she holds most dear.

Feisty: This acts in her favor making her determined and strong-willed but also perhaps makes her rely too much on her own strength.

Stubborn: Acting as a double edged sword, transforming her into a tenacious spirit, Maang-ikwe’s stubborn streak builds a desire in her to have what she wants, despite who’s life she may interrupt.

Hard-working: With the kind of life she lives on the reservation for the first sixteen years of her life, Maang-ikwe is no stranger to hard work. But it’s community work, where friends and relatives share the burden.

Loyal: One of the driving forces throughout the plot is her bond to her sister, Celeste. Maang-ikwe eventually puts her own wants aside for the sake of a promise she makes to Celeste.

Spiritual: In tune with her heritage and the world around her, Maang-ikwe also embraces Christianity and learns to connect and hear from Gitchi-manidoo, her Ojibwe name for God.

Wise: Wisdom often comes through difficult paths, as Maang-ikwe discovers. The physical and mental abuse she suffers at the mission school doesn’t compare to what she endures at a friend’s hand and the ensuing consequences it brings.

Medicine Woman: Maang-ikwe trains to learn the healing herbal arts of her tribe but also turns her heart to God, seeking his help and intervention in her work.

A sample of Maang-ikwe’s voice:

“After I’m done feeding Niin-mawin my milk, he will become another woman’s son. I cannot bear the thought; I shut my eyes tight to close it out. But it does not go away. It beats in my ears . . . a sad, sad song that will always be with me. This is what I will be left with instead of my own flesh and blood—a longing for what can never be.”

Maang-ikwe makes a lot of choices I probably wouldn’t have made. She puts far too much weight on an old vow she makes to her sister, a promise which keeps her from the person she’s longed for.

She also forgives more than I might. Living through an act of sexual assault by someone she trusted, gives Maang-ikwe pain but also builds in her a great capacity for forgiveness.

Despite her feistiness, Maang-ikwe gives up whom she loves most at the request of her family. I wanted to make her try harder, buck the path laid out for her, but in the end she chose to heed her family’s warnings. Perhaps she does this out of guilt for almost breaking ties with them and running away with the man she loved.

She’s the most complicated character I’ve written but one I greatly admire.

In this image board I highlight some of the significant items or places in Maang-ikwe’s life.

Although she grows up by Lake Nipigon in Ontario, she resides near Lake Superior or Gitchi-gami (the great sea in Ojibwe) during the majority of her life. The feathers represent the baby crow—who she names Waabi—Maang-ikwe takes from a nest for a pet.

A major part of the Ojibwe diet was wild rice, and at that time, the women were the gathers of that food. Maang-ikwe does this work with her mother and aunt, and a significant scene in Harvest Moon happens while the women are “ricing”.

Maang-ikwe also learns to make moccasins, and puts her craft to good use later in life to trade for goods or money.

A traditional birch bark hut serves as her abode but also where she practices the healing arts. She often uses sage in mechanical preparations, tea, and burnt dried sage for incense.

Lastly, she treasures a cross necklace given to her by a very special friend who taught her about God’s son, Jesus.

It’s my hope that through Maang-ikwe’s story of learning, love, and pain readers will find in her a realistic, relatable character and be encouraged and inspired by her story. 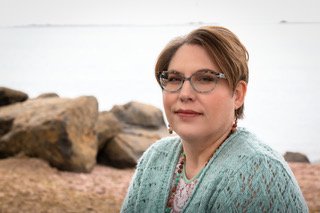 Jenny Knipfer lives in Wisconsin with her husband, Ken, and their pet Yorkie, Ruby. She is also a mom and loves being a grandma. She enjoys many creative pursuits but finds writing the most fulfilling. Spending many years as a librarian in a local public library, Jenny recently switched to using her skills as a floral designer in a retail flower shop. She is now retired from work due to disability. Her education background stems from psychology, music, and cultural missions.

She holds membership in the: Midwest Independent Booksellers Association, Wisconsin Writers Association, Christian Indie Publishing Association, and Independent Book Publishers Association. Jenny’s favorite place to relax is by the western shore of Lake Superior, where her novel series, By The Light of the Moon, is set. She is currently writing a new historical fiction series entitled, Sheltering Trees. The first title in that series, In a Grove of Maples,—inspired by the lives of her grandparents in the late 1890’s—is slated for summer of 2021. 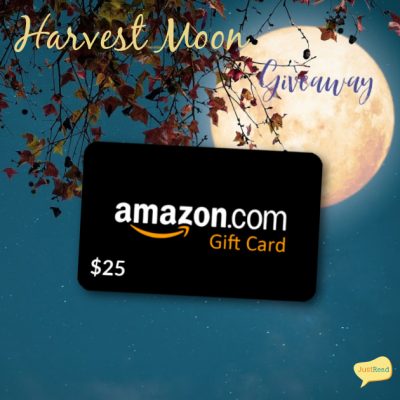 Full tour schedule linked below. Giveaway began at midnight March 29, 2021 and will last through 11:59 PM EST on April 5, 2021. Winner will be notified within 2 weeks of close of the giveaway and given 48 hours to respond or risk forfeiture of prize. US only. Void where prohibited by law or logistics.

Giveaway is subject to the policies found here.